Awards
🏆 "Best Business & Professional Service" Award - Winner : 2018 Albert-Eden Business Awards
Our business was nominated by the public in these prestigious annual business awards. We were selected as a Finalist, amongst some of the best businesses in the area. Out of 370 businesses that were nominated, we were one of the 56 businesses chosen as Finalists. In the finals, a judging panel selected us as the Winner of the Best Business and Professional Service Award !
​
To top it all, out of 12,000 registered businesses in the local board (accounting for around 10% of all businesses in Auckland !) , we were and are the one and only Car Care / Valet / Detailing Service to have been nominated and voted into the Finals; and then proceeding on to winning the award ! 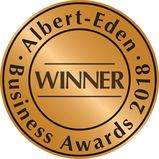 🏅 "Highly Commended Business & Professional Service" Award - Winner : 2019 Albert-Eden Business Excellence Awards
Our business was once again nominated in the 2019 version of these annual business awards. A prestigious judging panel had to select from 440 nominated businesses. (Compared to 370 last year). We were then shortlisted as a Finalist (1 of 60). In the final elimination, the judging panel selected us as the Winner of the Highly Commended Business & Professional Service Award ! (As the prize for the Best Business cannot be awarded twice in consecutive years)
​
But; once again out of 12,000 registered businesses in the local board (which accounts for around 10% of all businesses in Auckland !) , we were the one and only Car Care / Valet / Detailing Service to have been nominated and voted into the Finals; and then proceeding on to winning the award, till date ! A truly humbling feat, but, also something we're certainly proud of ! 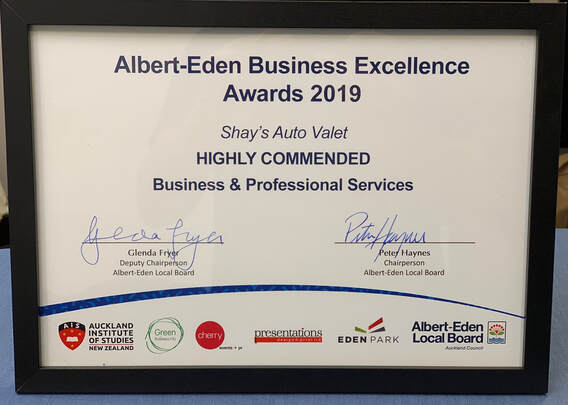 🥈 "Ultimate Shine - Runner Up" Award : 2016 Meguiar's Ultimate Shine Competition
Meguiar's ( a leading international car care brand  ) ran a competition to showcase detailing skills. Participants had to work on a vehicle extensively and show off its shine. The complete step-by-step detailing process had to be explainedin detail. There was a public vote and a judging panel selected us as a Runner Up.

It was our privilege and a great honour to have received this award. The prize pack included a certificate, a cash prize and a huge pack of Meguiar's Car Care Products ! 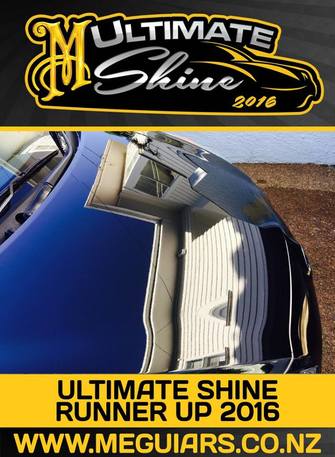 "Business Excellence in Customer Service" Runner-Up & Finalist : 2019 INL Business Awards
Our business had entered the annual 2019 Indian Newslink Business Awards and a large panel of independent judges (comprised of NZ business industry stalwarts) which individually goes through all entries, selected us as Finalists in the Excellence in Customer Service Award category ! At the awards ceremony, we were extremely proud to have been announced as finalists and also as a runner-up, only second to Global Finance; one (if not the largest) of NZ's largest financial advisors and mortgage brokers ! Humbling to have received such honours in the presence of a large crowd and esteemed guests including NZ's Government officials and other dignitaries.
"People's Choice Award - Central Auckland"  Nomination : 2019 Westpac Auckland Business Awards
Another exciting and proud moment to have been nominated for this award in the very prestigious and high-profile Westpac Business Awards, in Auckland ! (Arguably the biggest, most sought after and highly acclaimed business awards ceremony in Auckland; and perhaps all of New Zealand ! )
​Copyright © 2020      Shay's Auto Valet